Choose the correct answer in Questions 1-3:

Question 4.
Fill in the blanks:

Question 7.
In which part of the sky can you find Venus if it is visible as an evening star?
Answer.
Venus appears in the western sky just after sunset.

Question 10.
Draw sketches to show the relative positions of prominent stars in:
(a) Ursa Major and (b) Orion.
Answer. 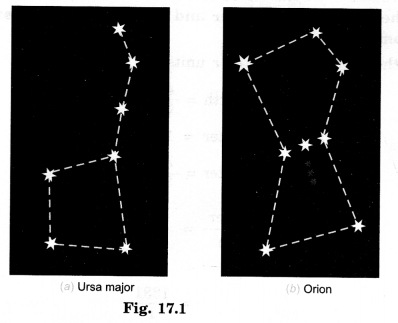 Question 12.
Explain how you can locate the Pole Star with the help of Ursa Major.
Answer.
Pole stars can be located with the help of the two stars at the end of Ursa Major. Imagine a straight line passing through these stars as shown in Fig. 17.2. Extend this imaginary line towards the north direction. (About five times the distance between the two stars). This line will lead to a star which is not too bright. This is the Pole Star. 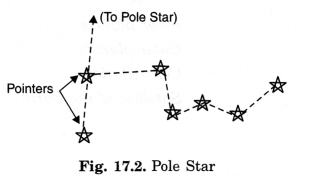 Question 13.
Do all the stars in the sky move? Explain.
Answer.
No, no star moves in the sky. They appear to move from east to west because the Earth rotates from west to east about its axis. 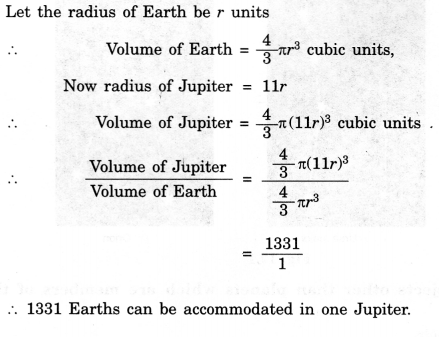 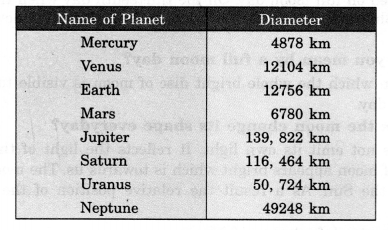